Kashmir music reflects the rich musical heritage and cultural legacy of the state. Kashmir is blessed with a plethora of splendid performing arts which is evident in the enchanting musical folk songs, expressive dance dramas and unique dance steps.

Reflecting the varied regional culture of the state, the enchanting Jammu and Kashmir music portrays the enriched folk traditions of the ancient times that have percolated to the modern era. Unaffected and unaltered by rapid industrialization and changing modern times, the traditional folk Jammu and Kashmir music bears relics to the rich cultural ancestry of the state.
The history and tradition of music and dance in Kashmir valley goes back to thousands years back. Given below are some main forms of the traditional music of Kashmir, along with some Kashmiri folk songs followed by Latest Top 10 Kashmir Songs for Free Download:

Once performed with the help of only Garaha, Sarangi and Rabab, Chakri has included harmonium also in its presentation. It is one of the most popular forms of the traditional music of Kashmir.

Depicting the melodic tradition of folk music that evolved in the valley of Kashmir many decades back, Chakri truly upholds the heritage of culture and arts in the place. The people of Kashmir are quite popular for owing a multi-cultural past. Chakri is an excellent outcome of that very musical history of the valley.

The rhythmic accompaniments that are used while singing the folk song of Chakri include Rabab, Garaha and Sarangi. Performed by the folk population of Kashmir, Chakri is considered incomplete without the apt support of the musical instruments. Although a form of ancient folk category, Chakri has today went through some minor variations. For one, the advent of harmonium apart from the usual instruments is quite new. However, the basic theme and flavor of Chakri is still intact which shows the passion of Jammu & Kashmir culture enthusiasts.

Tourists who come from different parts of the world to explore the incredibly ecstatic splendors of Jammu & Kashmir often get mesmerized by the melodic aura created by Chakri.

Sofians musiqui (Sufi Music) owes its introduction in Kashmir to Iran. Introduced in the 15th century in the Kashmir valley, Sufiana music continues to enthrall its audience till date. With the passage of time, a number of Indian ragas were added to this music form. The Kashmiri music of Sufiana genre is also very melodious. This music uses Kashmiri Saz, Sitar, Santoor, Tabla, Sitar and Wasool. The dance form of Hafiz Nagma performed along with Sufiana music is also a treat to watch.

Bazam-e-Sufiana was a blend of meditation, prayer and message of peace. It has roots in Kashmir and people believe that this movement started from Kashmir and spread all over the subcontinent. The seeds of Sufism in Kashmir were sown in 1320 AD by the great Hazarat Bulbulshah and was carried forward by other great saints of the time and the role played by Sufi saints like Hazarat Sheikh-ul-Alam and Lal Ded in further propagating it, is know throughout the world.

A part of the classical Sufiana Music, Hafiz Nagma makes use of Santoor-a hundred stringed instrument played with sticks. In Hafiz Nagma, there is a female dancer, accompanied by a number of males with instruments. The dancer, known as Hafiza, moves her feet to the musical notes.

Habba Khatoon was a princess of Kashmir. This song reflects her feelings at the time when she was separated from the Yousuf King.

Today Kashmir Music has metamorphosed to latest Rock, Rap and Even Disco formats but still retains the Traditional Flavour and Brilliance.

The Kashmiri Santoor Music displays the rich musical heritage and traditional culture of the state. The classical music of Jammu and Kashmir, the melodious Kashmiri Santoor compositions enchants and enthralls the audience with its captivating songs. Accompanied with the traditional musical instrument of Santoor, the talented classical musicians display their exemplary artistic caliber.

The Kashmiri Santoor music bears relics to the enrich heritage of classical music of the state. The enchanting melody of the traditional instrument of Santoor fills the audience with an intense sense of pleasure and satisfaction. Usually played on special festive occasions, the Kashmiri Santoor music displays the artistic inclination of the indigenous local inhabitants of the state.

Inherited from the glorious ancient era, the professional classical musicians and singers of the Kashmiri Santoor music has earned a name for themselves in the international arena as well. An integral part of the cultural past of the glorious ancient times, the composers and singers of Kashmiri Santoor music perform with full dedication which is reflected in their exemplary and flawless performance. 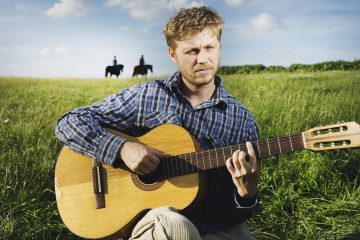 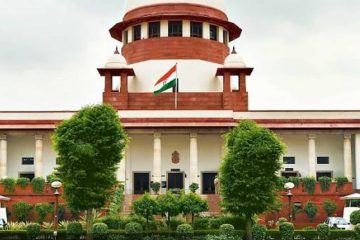