Gulmarg – the Meadow of Flowers !

Gulmarg legendary beauty, its prime location and its proximity to Srinagar naturally make it one of the premier hill resort in country.

Originally named Gaurimarg, it was renamed Gulmarg in the 16th century by Sultan Yusuf Shah, who was inspired by the sight of its grassy slopes emblazoned with wild flowers. Gulmarg was a favorite haunt of Emperor Jehangir who once collected 21 different varieties of flowers.

Today Gulmarg is not merely a mountain resort of exceptional beauty it also has the highest green golf course in the world, at an attitude of 2680 meters above sea level, and is the country’s prime ski resort in the winter.

The journey to Gulmarg is half the enchantment of reaching there roads bordered by rigid avenues of poplar give over to flat expanses of rice fields interspersed with picturesque villages. Depending on the season, nature’s colors could be the translucent green of spring, summer’s rich emerald, or autumn’s golden hues, when scarlet chilies festoon windows of village homes. After Tangmarg, the climb to Gulmarg begin through fir covered hillsides. At one point on the way, known simply as View Point, travelers commonly stop there vehicles for a few minutes and look out on to a spectacle of snow covered mountains, almost within touching distance.

Gulmarg is, as its evocative name suggests, a flower strewn meadow. In the shape of a bowl, its length is 3.5km and its width 1Km. Its undulating expanse is grassy slopes for the most part, with a small scattering of houses. The bowl is encircled by fir clad hills, and in the distance, snow dusted peaks; because of its altitude, its 11Km Circular Road offers a magnificent view of much of Kashmir Valley.

Gulmarg’s charm stems from the fact that it offers the visitor a chance to set his own pace be it a lazy relaxing holiday or a strenuous trek or game of golf. All through the summer one can go on walks or pony rides of varying lengths, or have rounds of golf on the famed 18 hole course. In winter, snow covered slopes attract skiers from all over the world.

Not surprisingly, Gulmarg’s year round popularity reaches its peak at summer, when the highest temperature is 25. Buses, taxis even a helicopter ply between Tourist Reception Center, Srinagar, and Gulmarg a distance of 56 Km. J&K Tourism has one, two, three, and four bed roomed huts, cozy and inviting with their wood paneled interiors. These huts are fully furnished with attached kitchens. It is possible to hire a cylinder of gas from the Tourist office. In addition are several privately run hotels which range from the well appointed to the modest, all with dinning facilities.

For the walkers there are several delightful walks around the resort, the most popular being the meadow of Khilanmarg 4Km away, and Apherwat 7 Km away on the same route. From Apherwat with its unrivalled view of the surrounding countryside, it is an uphill trek to Alpather Lake frozen for most of the year, its silent blue depths surrounded by icy peaks. Ningal Nallah and Lienmarg are each 10 Km from Gulmarg, making them popular for date excursion and picnics. Tosa Maidan is a 3 day trek away from Gulmarg. All these trips can be made on horseback as well. There are fixed rates for each journey they can be ascertained at the Tourist Office who will also provide guides, Pony riding is chief way of getting around Gulmarg, cars not being permitted beyond a certain point. One particularly popular ride is around the 11Km Circular Road which runs right through the resort.

It is for its golfing that Gulmarg has long been in existence for hundred years and there are records dating from that time which make fascinating reading. The Club house itself, with its quaintly sloping roof, reminiscent of a Swiss chalet, has a rare old character and atmosphere and relaxing in the Club house after day’s game is, to golfers, one of the highlights of Gulmarg.

Golfing holidays are so popular all through the summer months because of the cool climate resulting in longer playing hours. Also a number of national and state tournaments are played in Gulmarg during the year, details of which can be obtained from J&K Tourism who maintain the course. Temporary members are also welcomed: the payments of a daily entitles one to play 18 holes. Those who wish to hire clubs can do so from the limited stock available at the Tourist Office next door.

In winter, Gulmarg’s natural slopes and inclines turn it into the country’s premier skiing resort. Not all tourists who visit in winter come for skiing some simply are there to watch the skiing or to enjoy a holiday in the snow. Many of these are infected with the excitement of the skiers, and have donned their first pair of skis within a short while of their arrival.

Among the multitudes of slopes, there are a few which are serviced by ski lifts. Most of the skiing becomes centered around these slopes, which are specially suited to beginners and intermediate level skiers, with ski runs ranging from 200 to 900 meters. Instructors are available for both levels. All ski equipments including jackets are available on hire from ski shop, run by the Department of Tourism.

As in the summer when each individual sets his own pace for a holiday, so also in winter. Skiing can be adventures as the holiday makes wants. there are a number of slopes, not served by ski lifts, of varying lengths and gradients. Each of theses is quieter than the immensely popular ones with ski lifts. Advanced skiers often trek in snow for several hours to the very top of Apherwat peak to make a descent lasting no more than 30 minutes. 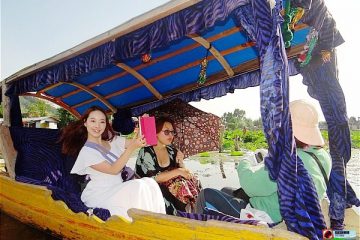 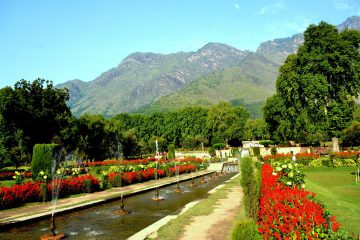 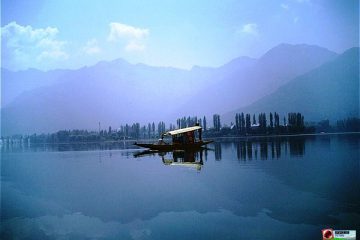 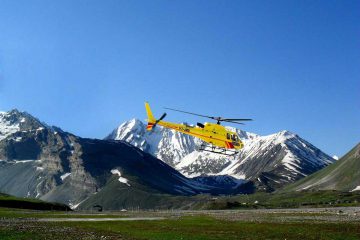 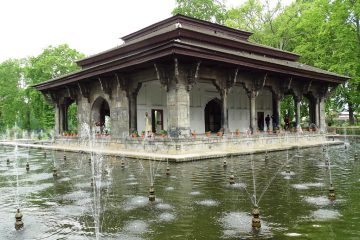 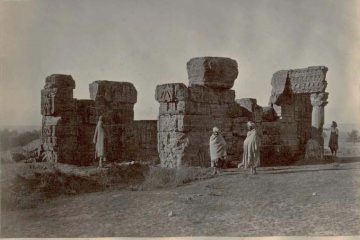